With few positive results for the Democrat Party for some time, other than managing to elect and re-elect a mystery man in terms of his portfolio before becoming  the 44th President of the United States, the liberal Democrat’s desperately claw at anything they can that gives them any effective results for their anti-American anti-Trump agenda. Even with the fake news narrative of the mainstream media delivered 24/7, they fall short on almost every party directive. This being the case, they now frantically cling to anything that worked in their favor.

Hostile about newly elected and popular President Donald J. Trump, they have made it their sullen goal to obstruct any of Trump’s well regarded and accomplished appointees to his cabinet. With the American voter telling them this past election in November 2016, they want anything but more of their future plans for this great country, the Democrats have been put in the minority on every level. Republicans have the majority in the U.S. Senate, Congress and Executive Branch.

What to do but wail absurdities as for any reason they lost in such a big way. Finding something that would stick when thrown at the wall pre-Inauguration Day and post, the downsized Democrats chucked out the Russia theory that has only broadened since introduced.

After many attempts as to why their badly flawed candidate for the Oval Office failed did not gain any ground and sorely lost, with many traditionally held democrat states going for Trump, they went down the list after previous failed excuses, and landed on Russia. Yes, it was Russian hackers! Russia determined this election. Russia put Trump in the White House. Russia hacked computers nationwide to flip the results the liberals thought they had in the bag.

If this didn’t work, the next move maybe would have been aliens. It was aliens who stole the election and put Trump in office. Hearing this, such a stretch, all or most of all involved in the narrative, must have agreed to stick with the Russian thingy.

Regrettably, this actually gave them one notable result. General Michael T. Flynn, a man who most people at the very least could never hold a candle to in terms of bravery and career, was taken down by his own Democrat party, for being a Democrat who was willing and honored to work with President Trump as his National Security Advisor. Democrat leadership argued he had ‘communications with Russian officials’ about sanctions and therefore was subject to blackmail.

Flynn, who should have gone the route of his own party’s history of not resigning however horrible the scandal, didn’t follow the tired playbook and bowed out of the position just over three weeks. A clear advocate for the many who recognize Islamist terrorism and why it is something that needs to be eradicated, he did not meet the liberal Democrat criteria that falsely states there is no danger with this group and how it will affect the future of America and the rest of the world. This made him a focal point of his own caucus, as something that needed to be exterminated.

The positive result of this outcome for the Washington Democrats, has led them now to try and attach anything Russian to any of President Trump’s appointees, especially those they were unable to block during the confirmation process.

With this in mind, any potential future cabinet member, current cabinet member or sitting Republican elected official, better worry if they’ve ever eaten in New York’s Russian Tea Room, own a copy of any Tolstoy or Dostoevsky novel, or have a bottle of Stoli (Stolichnaya) vodka in their liquor closet. The DNC and leadership will argue you must resign as they take another scoop of Beluga caviar. 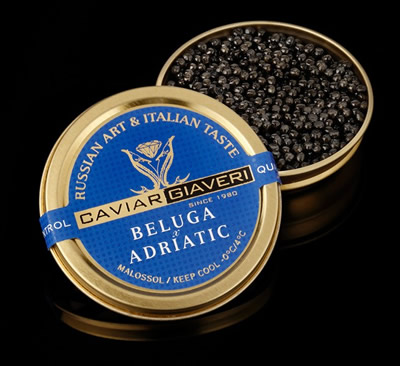