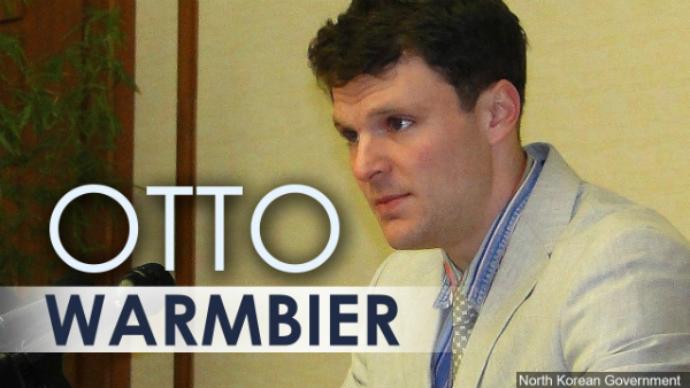 “Apparently under President Obama’s administration, Warmbier wasn’t even worth a Twitter hashtag tweet: “Bring Back Our Otto,” for example.”

American Otto Warmbier (December 12, 1994 -June 19, 2017), taken by the North Koreans and subjected to the severity of their labor camps, died two days ago after being sent home to the U.S. from this communist country in a coma.

Apparently under President Obama’s administration, Warmbier wasn’t even worth a Twitter hashtag tweet – “BringBackOurOtto,” for example. Obama’s First Lady Michelle, made such an effort on the social media site when learning 276 young school girls were taken by an extremist Nigerian group “Boko Haram.” Days later she said her husband was doing “everything possible” to help Nigeria bring the girls back.

A New York Times report, for whatever this is worth these days, reported the U.S. Air Force had now sent dozens of personnel to the area to use drones to help find the kidnapped girls. Officials did follow up and said the girls had been found but they could not be saved because too many people could have been killed, perhaps even the innocent girls themselves. The White House moved on.

Otto Warmbier, made the naïve mistake of visiting North Korea in January of 2016. A University of Virginia college student from Ohio, he apparently was being watched by the North Korean government, during a five-day tour in January of 2016 which he had seen advertised while he was touring China. Maybe five days seemed to be a safe entry and exit time for a curious twenty-one year old who as class salutatorian gave his fellow high school seniors their graduation speech.

North Korea alleges he stole a sign from a wall in the hotel where he was staying promoting the leadership of Kim Jong-il. A couple of months later, they produced a video of low quality as proof to their claim, but there is no clear image of Warmbier and its arguable whether it was him at all.

For this, Warmbier was picked up at the airport while standing in line the last of his five day tour to leave North Korea for theft, and sentenced to fifteen years of hard labor. Warmbier is seen on video in North Korean court in February of 2016 confessing to stealing the banner but no one knows whether he did this under intimidation or some false promise that if he admitted to doing this he would be released. A U.S. envoy was sent on his behalf once, in March, but he met with no success.

A month after his trial, it’s reported Warmbeir somehow experienced a medical incident that left him with severe brain trauma, information not produced by North Korea and only learned after his release. Otto’s parents desperately wanted to get their son out of the labor camp and bring him home to America, but Mr. Warmbeir says he and his wife were told by the Obama administration they could not participate in any negotiations between the U.S. and North Korea and to keep quiet.

On June 12, 2017, Rex Tillerson, the United States Secretary of State, announced that North Korea had released Warmbier, and that the U.S. State Department secured Warmbier’s release at the direction of President Donald Trump.

Otto Warmbier was flown home on June 13, 2017. Unable to walk or talk, carried off of the transport to the University of Cincinnati Medical Center, doctors were unable to bring him out of his coma. Physicians claim his condition came from a severe heart attack and that no signs of abuse were found on his body. Even though he was able to breath on his own and blink his eyes, he failed to recover and died on June 19th, 2017. Otto’s father has stated he does not believe anything the North Korean’s have said in terms of what happened to his son.

Twenty-two years old, gifted, loved and wanting to explore the world at its best and its worst, what happened to Otto Warmbier, is an alarming and sad reminder to what happens to American’s abroad, as well as other  civilians,  more and more today in both free and communist countries. Shame on our governments that allow this to continue to happen. It’s much more serious than a hashtag. Rest in peace, Otto.