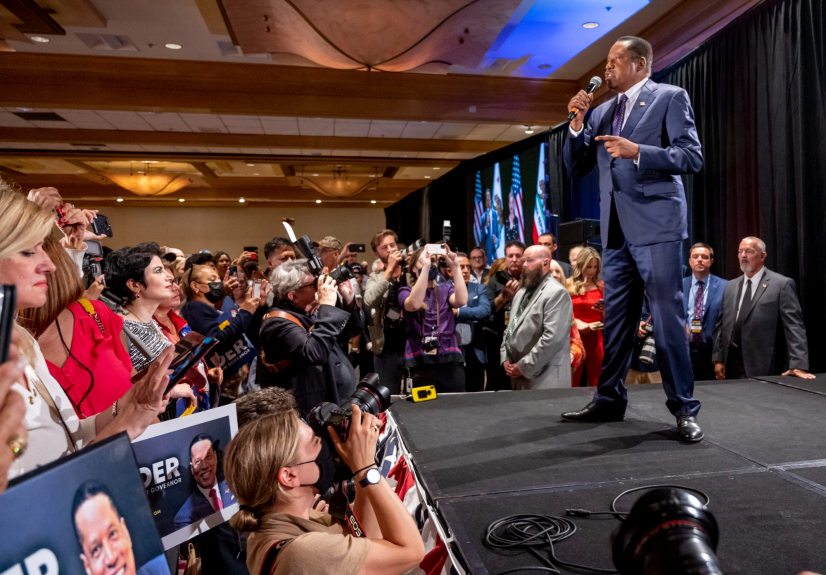 First and foremost is the mere factor of time. Almost two decades have passed and in CA, where the liberal legislative majority rules the once Golden State, spoon fed voters young and old have by majority bought into their rhetoric in terms of what is good and what is bad for our country and California. Little to none is true, but nevertheless, the daily messaging has taken hold. The people who live there are ripe for this pablum, having lived there myself for over a decade, and their majority vote should not be surprising to Americans. Unlike many commentators’ thoughts I read after the results, as much as I understood their negative remarks against Californians, such as, “you’ll get what you ask for,” I don’t agree as I feel for the many people there who don’t want these people in office and want to see their state turn around for the better. Geographical red/blue maps post elections show much of CA is conservative or Republican but they can’t win over the massive numbers of the liberal southern and northern hubs.

Secondly, syndicated conservative radio host, Larry Elder, the favorable opponent to Newsom in the September 14th recall vote, is an admirable and accomplished Black man, but not in the right Party as a Republican. Ask the brilliant Supreme Court Justice Clarence Thomas, or his predecessor Thurgood Marshall; Accomplished former Secretary of State Condoleezza Rice; Gifted Neurosurgeon Ben Carson; U.S Senator Tim Scott (R-SC). The list is long, actually. All of these amazing people would be lauded 24/7 by the mainstream media and the left, if they only had a D by their name and ran as democrats.

Third and last, Newsom is part of U.S. House Speaker Nancy Pelosi’s cartel, and she made clear in a public appearance that she supported her nephew-through-marriage the evening before the recall vote. This is no small thing in California as politics go. With no lauds available for Newsom on September 13th, the last day for pro get out the vote speeches for the unpopular Governor, as he has created such a large exodus from the state they lost a Congressional seat in re a reduction of population, all the liberals from President Biden to Vice President Harris who flew out there to save him could say about why the people of California should vote for him, was…wait for it…he’s not Trump! Ah, the go-to mantra for the left when another unimpressive failing candidate who has no merits or record to stand on needs something – anything – for why they should be elected. In California, the anti-Trump rhetoric works well enough to get even the most shameful people into office. Fortunately for the rest of America, that’s not the case almost anywhere else, as we all know.

What I admire about Larry Elder, aside from his coming out of South Central Los Angeles to graduate from Brown University and the University of Michigan to then practice law for ten years before his becoming a radio talk show host, is his concession speech. He closed saying , “We may have lost the battle, but we sure as hell are going to win the war.” That is the spirit, gumption and tenacity needed.

Like many Americans are thinking tonight, the hope is that Californians recognize what a dire state they are living in under sitting democrat Gavin Newsom and will vote for Larry Elder tomorrow on Tuesday, September 14, 2021. The vote should be unanimously in favor of Elder who would have a strong chance of finally turning the largest state in America in a positive direction and bringing it back to its once golden status. California was a state people dreamed of going to and traveled far to get there to put down stakes and make a successful life for themselves and their future generations.

Under democrat leadership, it’s whittled away to near ruin and drove away many of those born and raised residents to new homes in other states. California is the only place with such a high declining population as people flee from the many and exorbitant taxes, weak illegal immigration policies, skyrocketing crime and homeless rates and an overbearing big government for greener pastures anywhere else regardless of direction. So much so they lost a congressional seat this year.

Newsom personifies all that is negative about California with his reckless spending, liberal legislation, and clueless personal mindset that makes him blind to how the people he represents as Governor live under his rule while he lives above it all flitting from one fun event to another in privileged seclusion from the sad reality all around him. Like most left leaning politicians, his private security detail keeps him away from the violence others have to deal with every day in California, so reducing the police forces that keep his people safe and restricting gun ownership for citizens self-protection seem like fine ideas. His list of failures as the head of this once fine state is long, and it’s why over two million people signed the petition to recall him from office.

The vote is tomorrow for those who still vote the real way, in person. Let’s hope there are a lot of voters who still plan on filling out their ballots in their local polling places, since mail in ballots clearly lose their way or end up counted or uncounted in mysterious ways. There is a news story that’s been out for a few weeks that the vote by mail ballots have been printed in such a way that there is a keyhole type punch on the back of the envelopes that will show if the voter voted for Newsom or not. Unbelievable but if this is still the fact, why was it allowed? Republicans are also reporting they’ve been told that they’ve already voted, when they in fact have not, so the fix is already in as far as democrats and Newsom are concerned.

What they perhaps don’t understand is how many people don’t want Newsom as their Governor anymore and don’t like the liberal policies being shoved down their throats statewide and federally. Perhaps there will be enough fed up Californians regardless of party affiliation or background, to overcome any potential fraud and send the man ruining their state packing. Gavin will be fine. More time to dine at The French Laundry and no one will care he’s not wearing a mask despite his mandate.

Perhaps they’ll elect Larry Elder who, as the mainstream media keeps failing to mention as he’s in the wrong party as a Republican, would be the first Black American to be the Governor of California. A long serving career conservative talk radio host, his fiscal policies would right the state economically. His values would reduce the growing crime wave and make streets and homes safe again. His life travels from growing up in a tough neighborhood in southern Los Angeles to become a successful businessman would focus on education opportunities for those who now find learning impossible. His turning the state around in a positive direction might even bring back some of the native Californians who felt they had no choice but to leave taking their families, businesses and needed taxes with them.

Larry Elder, who’s had to deal with physical threats and harassment while campaigning without a peep of outrage from the typically vocal media, has shown his strengths throughout this unfair negative barrage. How he’s dealt with all of this, except for the conservative outlets that exist for the millions of people who fight for patriotism and love of Country, shows the volume of personal convictions and inner self guidance he possesses. These qualities are what make someone a great leader.

Living there twelve and a half years over three decades, many people I knew signed the petition for Gray Davis to be recalled at the time including myself. California is special in that it even gives voters this option. Not all states do. Twenty do altogether with different provisions. I wish I could cast my vote for Larry Elder tomorrow. Even though I haven’t lived there in well over a decade, perhaps I already did unbeknownst to me.