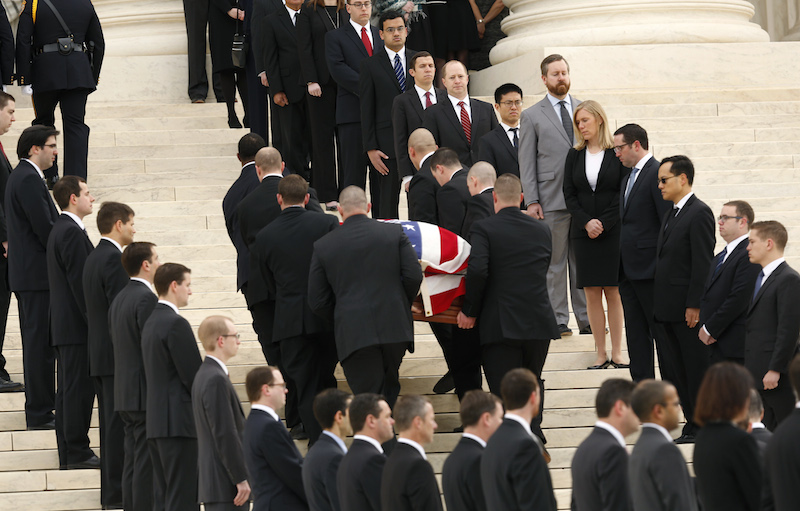 The casket of late U.S. Supreme Court Justice Antonin Scalia arrives at the Supreme Court, where Scalia’s body will lie in repose in the court’s Great Hall in Washington on February 19, 2016, a day before his funeral service. Scalia died on February 13, 2016 at the age of 79. REUTERS/Gary Cameron – TPX IMAGES OF THE DAY – RTX27QLJ